(2020) “Love of Home”. Discussing the history and philosophy of travel on BBC Radio 4’s Start the Week, with Andrew Marr.
(2019) “On Wildly Implausible Metaphysics”, Philosophy Bites with Nigel Warburton.
(2019) “Bergson and Time”. Discussing early twentieth century French philosopher Henri Bergson, and his novel account of time, on BBC Radio 4’s In Our Time, with Melvyn Bragg.
(2019) “The Illusion of Now”, Philosophy for Our Times podcast with Julian Barbour and Tim Maudlin.
(2019) “The Idealism and Pantheism of May Sinclair” (Two Parts). Discussing early twentieth century novelist and philosopher May Sinclair, on The Panpsycast Philosophy Podcast.
(2018) “The In Between”. How the philosophy of space can help us to understand ‘in between’ places, on BBC Radio 3’s Free Thinking.
(2017) “Are Science and Religion Compatible?” Live talkshow, Morning Talk with Rowena Baird, SAfm.
(2017) “Where the Girls At?” A Philosophobia podcast on why it still matters that Aristotle thought women were deformed males.
(2017) “Time Travel”. Forum of European Philosophy podcast on philosophical issues around time travel, the physics of time travel, and H.G. Wells’ Time Machine. 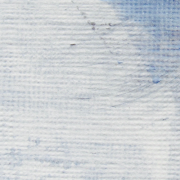 (2020) “Before, now, and next: Pastness, presentness and futurity seem to be real features of the world, but are they?” Aeon.
(2020) “Five Philosophers on the Joy of Walking”, Oxford University Press Blog.
(2019) “Three female philosophers you’ve probably never heard of in the field of big consciousness”, The Conversation.
(2018) “Are spirits in space? Exploding spirits and absolute theories of space and time”, Oxford University Press Blog.
(2018) “Absolute Space, Catharine Cockburn, and Early Modern Women Metaphysicians”, Project Vox Revealing Voices Blog.
(2018) “Are Space and Time Just Relations? On Early Modern British Relationists”, Groningen Centre for Medieval and Early Modern Thought Blog.
(2018) “Does the Future Exist?” The Forum for European Philosophy Blog, hosted by LSE.
(2017) “Does the Size of the Universe Prove God Doesn’t Exist?”. The Conversation. Reprinted in over a dozen places, including Newsweek, News Republic, and RealClearScience.
(2017) “What is Space? The 300 year old Battle Still Raging Today”. The Conversation. Reprinted in over ten places, including space.com, Sci Fi Generation, and RealClearScience. Translated into Chinese on Tautio.com
(2015) “Introducing British idealist Hilda Oakeley”, Feminist History of Philosophy Blog.
(2012) “Tattoo You: Personal Identity in Ink”. With Kyle Fruh. In Robert Arp (ed.) Tattoos: I Ink, Therefore I Am. Wiley-Blackwell. 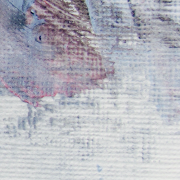 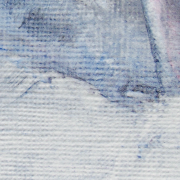 (2019) Travel article in the Independent, including brief opinion from me.
(2017) Interview on my work with 3AM Magazine on the philosophy of time, history of philosophy, and neglected historical women philosophers.

(2018) “Time: Exploring its Philosophy and History”. I edited this series, hosted by the Centre for Philosophy of Time. It asks questions like how much time we can perceive, and what Bergson had to say about memory.
(2018) “Impact and Engagement for Early Career Philosophers”. I edited this series, hosted by The Philosophers Cocoon. It explores how early career philosophers can show the importance of their work beyond academia.